Born and raised in Columbus, Ohio, Erika Gullick started cheer at just three years old. Her cheer journey spans every level, from little league to competitive all star, collegiate and professional. After cheering at The Ohio State University for four years as an undergraduate, she joined the coaching staff at North Carolina State as the first non-alumni assistant coach and eventually went on to cheer professionally for the Columbus Destroyers before opening The Cheer Institute in December of 2015.

In just a few short years since its founding, Erika built The Cheer Institute from a small group of seven students to over 85 athletes and five competition teams. Erika’s wide range of experience, wealth of knowledge in the industry, and experienced staff make The Cheer Institute a facility full of top-notch trainers and coaches for athletes of all ages and skill levels.

The Cheer Institute believes laying a strong foundation is imperative to the continued growth of all athletes. From cartwheels to fulls, The Cheer Institute’s curriculum allows for steady growth led by informed, experienced and encouraging staff. 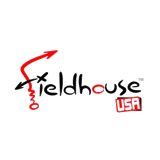