They're giant round fuzzy stuffed animals! Hug them!

Squishable was started in 2007 by co-founders Aaron and Zoe. They didn't know anything about toys, but they figured it out. Over the last decade and a half, we have released millions of Squishables to their new homes in the wild. At Squishy HQ in Soho, New York City, we're creating things that help make the world a cuter place. 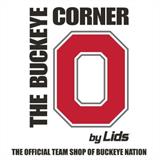